Here are the things I have broken over the past 6 months of flying. For the amount of flying and crashing I do I’m surprised at how well everything has held up. For example, I only had minimal damage from this crash: https://youtu.be/JidL6ZfBDaQ?t=1m53s

The first one I got lasted a long time, but eventually broke because I secured it with a zip tie (like RC Model Reviews suggested not doing) and had a bad crash. I now use velcro to secure it on. For some reason the second one I got burned out after about a month of use, even though I always had the antenna plugged in when it was on. I would recommend getting an extra FPV transmitter as a backup. 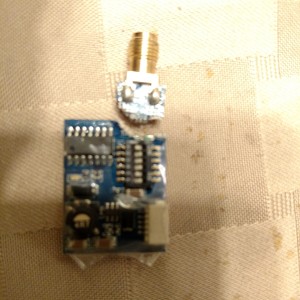 Since I already went through two of the Skyzone FPV transmitters, I am now trying out the AOMWAY FPV Transmitter which has been recommended by several people. The wiring is different so I don’t recommend using the AOMWAY one if it’s your first build and plan to follow the YouTube tutorial series by RC Model Reviews.

3 arms
http://www.banggood.com/Carbon-Fiber-Arm-For-250mm-FPV-Quadcopter-Replacement-QAV250-ZMR250-p-947008.html
So far I have broken 3 arms, all from terrible crashes where I expected much more damage. The first arm broke when I was learning to do flips. I was about 150 feet in the air and ended up going upside down nearly full throttle all the way into the ground. Luckily replacement arms are pretty cheap, so I would highly recommend buying 2 extra arms.

1 motor
http://hobbyking.com/hobbyking/store/__61433__DYS_BE1806_13_Brushless_Motor_for_Multirotor_2300KV_24g.html
The motor part still works fine, but some how the wire going into the motor got pulled on so there became a poor connection causing it to stop periodically. That’s how I lost another arm. I would recommend getting one backup motor. 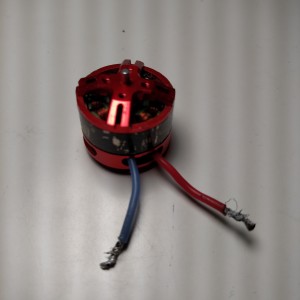 1 camera
http://www.securitycamera2000.com/products/RunCam-600TVL-DC-5%252d17V-Wide-Voltage-Mini-FPV-Board-Camera.html
I didn’t secure the crystal on my first camera (like RC Model Reviews suggested doing) and it eventually broke off. I should have put a glob of loctite

on the crystal. I took this opportunity to upgrade to the new camera (linked above). I highly recommend that one since it does not have a crystal and it can handle 4s batteries. If you secure the crystal or get the camera without the crystal you probably don’t need to get a spare camera. 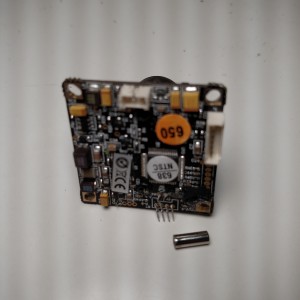 Hard crashes sometimes caused the standoff screws to break, both the ones holding the camera and the flight controller. When I first ordered everything I was upset I needed to get a whole pack of M2 and M3 standoffs, but 6 months later I’m glad I got a whole pack and not just 4 of each.

Tons of props
http://www.hobbyking.com/hobbyking/store/__80963__Gemfan_5040_Multirotor_ABS_Propellers_Bulk_Pack_10_Pairs_CW_CCW_Black_.html
As expected I have broken tons of props, but much less now that I’m a better pilot and since I started using DAL Props.

Some wiring and soldering connections

When I started, my soldering skills were pretty poor. Due to this, some of my crashes have caused the wiring to briefly short or have poor connections causing strange behavior while flying. Although these issues can be tough to figure out what’s wrong (often it’s shorting with the frame itself since carbon fiber conducts electricity), at least you don’t need to spend money on a new part and wait for it to ship.

Although I have not had any trouble with any ESCs, other experienced pilots have recommended getting an extra one, so I added it to the list.

Here is the list of spare parts I recommend getting.